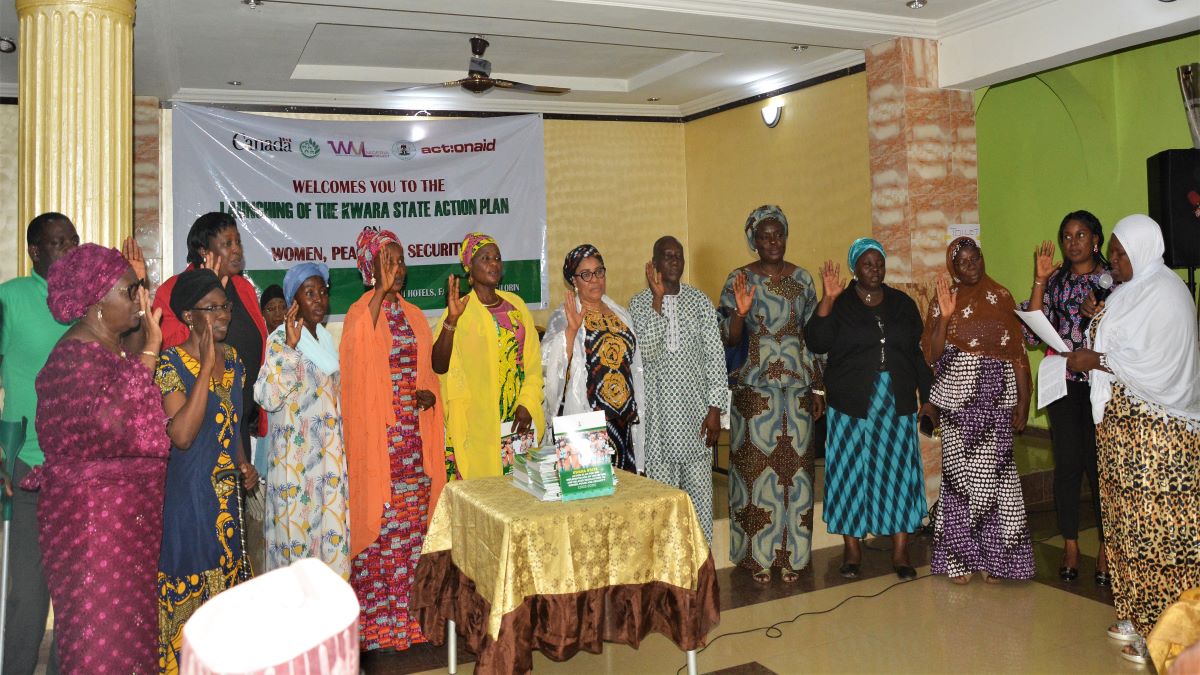 April 11th was a memorable day at OCDI, and Kwara State as a whole as her efforts towards the development of the State Action Plan (SAP) on Women, Peace and Security UNSCR 1325 yielded result as the document was launched. At the event the Commissioner for Women Affairs, Ministry of Women Affairs together with other state actors and dignitaries present committed to the implementation of the action plan after which an implementation committee for the Kwara SAP on Women, Peace and Security was inaugurated.