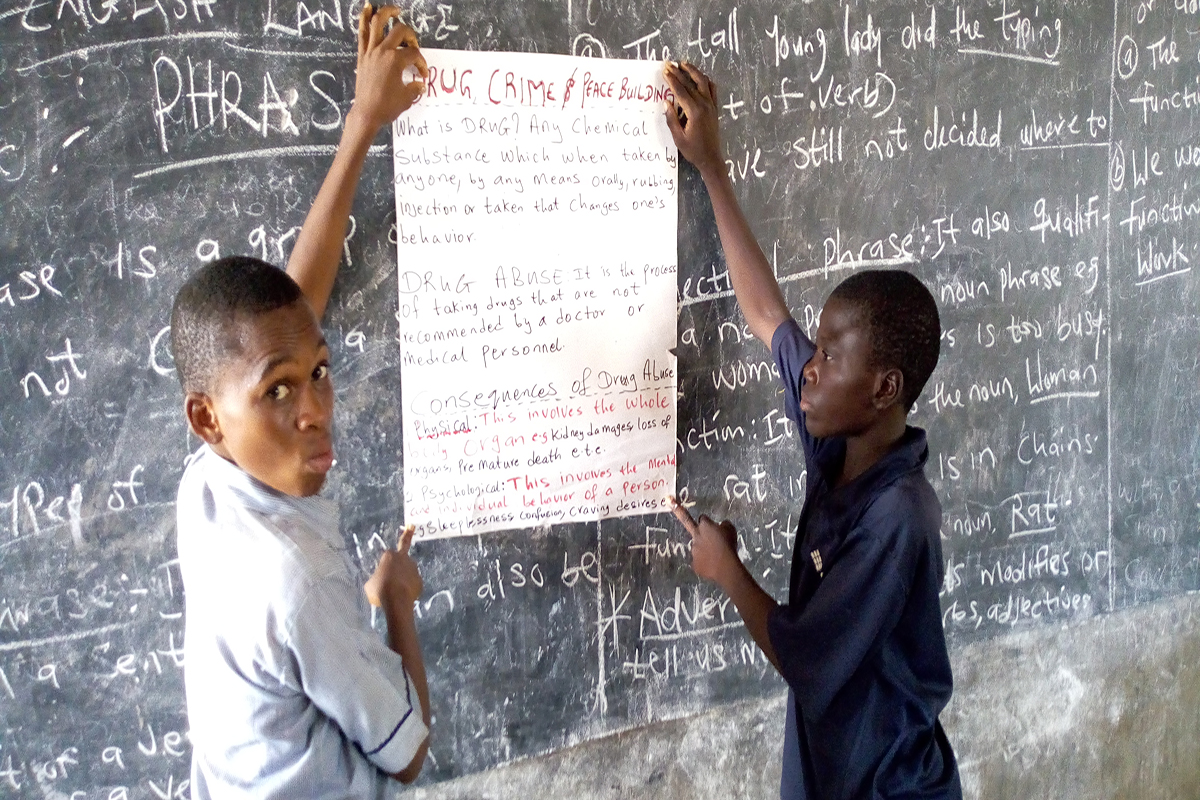 Drug abuse is a serious problem that affects almost every community and family in some way. Each year drug abuse causes millions of serious illnesses or injuries among Nigerians. It also plays a role in many major social problems, such as drugged driving, violence, stress, and child abuse. Drug abuse can lead to homelessness, crime, and missed work or problems with keeping a job. with this know fact, OCDI team on tuesday 19th march 2019 went to Ayegun Secondary School Ilorin Kwara State to sensitize the male students on the types,dangers and consequences of drug abuse, and  also the signs to identify drug abusers.

Cigarettes - . which contains nicotine and it has physical and psychological effects on the body. Cigarettes are addictive and they cause lung disorders such as cancer.
Alcohol - Beer, wine, brandy and spirits are in the drug category mainly because of their chemical contents and potential for addiction. Alcohol has a toxic and sedative effect on the body and is available without prescription. It is a central nervous system depressant and its consumption can cause a number of marked changes in behaviour.
Caffeine - This is usually abuse through the excessive chewing of cola-nut or concentrated coffee. It is the active ingredient of coffee, tea and some bottled beverages.
Marijuana - Also popularly called Indian hemp, is a drug that contains tetrahydrocannabinol, It is a hallucinogenic stimulant, and is usually produced locally.
Hydrocarbons - Glue, gasoline, cleaning solutions, varnish, paint thinners, nail polish remover, and lighter fluids, all distilled from petroleum and natural gas. They are usually inhaled or sniffed.
Cocaine - Cocaine is one of the most potent stimulants of natural origin.
Crack - This is a street name for a chemical directive of cocaine in hard, crystalline lumps.
Heroin: Heroin was first synthesized from morphine with a bitter taste.  Heroin is about three times more potent than morphine, and it is readily available in Nigeria.  During the interactive session the students had the opportunity to share their experiences on drug abuse in their environment. Overall, they all agreed that drug abuse must come to an end in their communities and our society at large.